I continually profess my devotion to all things Jane Austen (I’m practically a Janeite if only I could make it official somehow). I adore her and feel like we would have been friends. She would have made all the difference in the singles ward.

I must give credit to Jane for her taste in men. She created some pretty impressive leading men for her books. Yes, I know the women were the main characters and better developed than most of the men, but the men are still remarkable and often very integral to the plotline.

And I want to share with you my list of most dashing and worthy men from Jane Austen’s novels. They are listed in a particular order. And I’ll explain why I left some out at the end.

I always have to start with Captain Wentworth. Poor Wentworth. Anne is persuaded to turn down his proposal and he is left to go out to see and make his fortune. And does he do it. I honestly don’t blame him for being kind of a jerk to Anne. And let’s not forget THE letter. It’s probably the best love letter in all of literature.

Here’s just a few of my favorite parts

I can listen no longer in silence. I must speak to you by such means as are within my reach. You pierce my soul. I am half agony, half hope. Tell me not that I am too late, that such precious feelings are gone for ever. I offer myself to you again with a heart even more your own than when you almost broke it, eight years and a half ago.

Dare not say that man forgets sooner than woman, that his love has an earlier death. I have loved none but you. Unjust I may have been, weak and resentful I have been, but never inconstant. You alone have brought me to Bath. For you alone, I think and plan.

Have you not seen this? Can you fail to have understood my wishes?

I must go, uncertain of my fate; but I shall return hither, or follow your party, as soon as possible. A word, a look, will be enough to decide whether I enter your father’s house this evening or never. 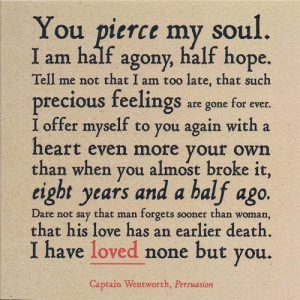 That’s a legit letter. People don’t write letters like that. These are the kinds of emails I get from online dating:

Hey beautiful. I just wanted to say I was thinking of you…;-)

Again, Email #1. I don’t expect you to pull a little Wentworth out in Email #1, but really, the art of writing a letter is lost. I’m pretty sure FW would never use an emoji. 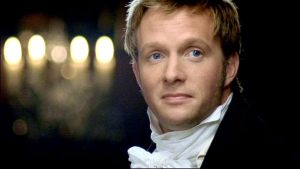 I personally like Rupert Penry-Jones‘ portrayal of Captain Wentworth. He’s strong. He’s good looking. He’s just irritated enough to make me side with him over Anne. But then he totally comes down on the side of good when he pulls out their wedding present. So, Captain Wentworth is my number 1 most dashing leading man from Jane Austen.

I know I’ve now picked 2 of the more lesser known leading men to begin my list, but I find Mr. Tilney to be witty and delightful. If I were to choose one of these men myself, I’m pretty sure I would find Mr. Tilney to be perfect for me. He teases Catherine Morland in such a way that makes her fluster. I tend to fall for guys who do the same for me.

“The person, be it gentleman or lady, who has not pleasure in a good novel, must be intolerably stupid.”

Plus, he’s the middle son and everyone knows the middle son isn’t going to be getting the money. He gets to be witty and talk to anyone he likes and not get in trouble for it. 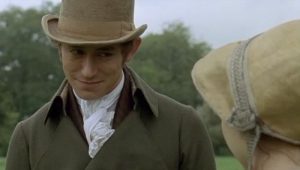 But what I love about Mr. Tilney is that he calls out Catherine for her abominable imagination. And then he comes to apologize in person after she’s thrown out. I really do like Mr. Tilney. He’s sweet and charming and if he looked like J.J. Feild, you know that I’d be all over that.

How can I even begin to talk about Mr. Knightley? He doesn’t have stars in his eyes when he’s listening to Emma. In fact, he usually is the one to call her out when she’s not being the best person she could be. I love that he wants her to be better. And he’s the only one that gets her to do it. 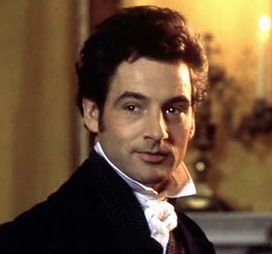 And when he realizes that he’s in love with her, he stays away. He walks away because he thinks she’s not in love in him. He’s so subtle in the way he shows his affection. 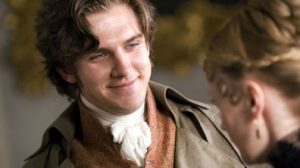 I know Edward tends to be known as a pushover. But I love his quiet demeanor. I love how sweet he is to Eleanor. And then there’s that moment when he realizes that he’s fallen in love with her, but he’s promised to someone else and he says goodbye. He doesn’t say why, but he at least tells them goodbye. I feel like his quiet ways are often overshadowed by Colonel Brandon, but he really is one of my favorites.

I don’t think any list of leading men would be complete without Mr. Darcy. As a young girl, I loved Mr. Darcy. Now, I think he’s a big jerk. Sure, he gets better. Sure, he has his reasons. But when guys act like Mr. Darcy when I first meet them, I don’t waste my time. But then again, I’m three and thirty so in Jane Austen’s era, I’d be an old maid and near my death bed.

But I do say that I play Marrying Mr. Darcy quite often and I usually try to marry Mr. Darcy or Mr. Bingley. Even Colonel Fitzwilliam would be a worthy husband.

As I said before, I have a couple honorable mentions who are good men, but didn’t make my list.

What he does for Marianne? He really is one of the good guys. My only issue is that he’s OLD. But I have weird issues with age. I blame my family dynamics for that.

Mr. Bingley is such a good guy. Just kind of clueless. But in an adorable way. I must put him in the list.

So, there’s my list. Who did I miss? Do you disagree with my choices? Leave a note in the comments! 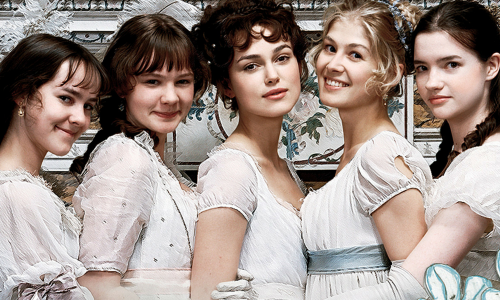 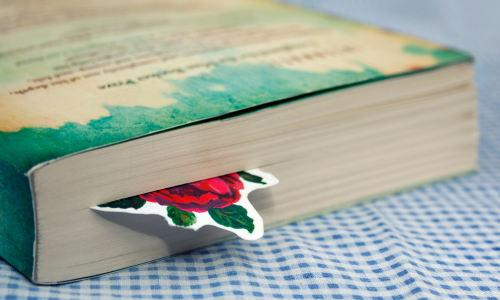